The large living space and the increased comfort make them the desired purchase for a relaxing repose. Today the world of catamarans is a huge selection of boats from large cruising catamarans, which are equipped with everything for long stays on the water, to sports catamarans. Sport catamarans are the lightest vessels, free from anything that can add weight. Their goal is to set new records and win competitions.

The performance or racing catamarans

Modern yachting sport has an increasing tendency towards racing on high-speed catamarans. A catamaran requires more experience, physical strength compared to a monohull yacht. Not every beginner athlete is capable of handling control. The crew of a sports catamaran usually consists of one or two people.

As we mentioned, sport catamarans are extremely lightweight. They may lack furniture and are not suitable for a prolonged stay in the water. A separate class of racing catamarans is high-grade boats capable of speeds up to 250 km / h and above. These are Formula 1 powerboats or Class 1 marine boats.

As we mentioned, sport catamarans are extremely lightweight. They may lack furniture and are not suitable for a prolonged stay in the water. A separate class of racing catamarans is high-grade boats capable of speeds up to 250 km / h and above. These are Formula 1 powerboats or Class 1 marine boats.

Racing catamarans can have several additional characteristics: increased protection of the cockpit, the ability to quickly abandon the boat in case of an accident or overturn, as well as the presence of autonomous breathing underwater. Hulls of high-speed boats are built by specialized companies – Victory, Tencara, CUV, Cigarette.

Sailing cruise catamarans are quite another matter. Here speed has been sacrificed for increased comfort; these are full-fledged apartments on the water. Stable, spacious, with large, bright cabins and individual showers, cruising catamarans are designed for a relaxing and unforgettable seaside rest.

Large catamarans are also used as passenger ships on closed seas. And recently they compete quite well even with aviation, plying between the islands and delivering passengers from point A to point B. There is practically no rolling on the catamaran, and it is impossible to overturn the catamaran, which guarantees your safety.

Cruise catamarans are produced by several shipbuilding companies. The most famous is the Lagoon and Bali. There are two Lagoon catamarans in the SAILME fleet – a small 4-cabin Lagoon 380 and a large luxury Lagoon 52F for 12 people. Both are available for rent. And on the Lagoon 52F catamaran we will go on a great trip to the Caribbean in December 2019.

In 2017, Italians Vittorio and Niko Malingri crossed the Atlantic Ocean on a catamaran in 11 days, 1 hour, and 9 minutes and set a new world record. The result was better than the previous record for 10 hours 16 minutes, which no one could break for 10 years. The average crossing speed was 17.83 kilometers per hour.

Another record belongs to the sailing catamaran Lagoon 52S. During the ferry from Bordeaux to La Grande Motte in severe weather and winds of up to 50 knots, a maximum speed of 27.2 knots was reached. The record belongs to Dutch sailors Marijke and Mark.

Don’t forget about New Zealand yachtsman Pete Bethune, who circled the ground in 2008 in 60 days, 23 hours, and 49 minutes. He may have inspired German designer Hendrik Weber to create The Fast One, a 24-meter super-charged catamaran to set a new world record. The start of the round-the-world trip is scheduled for 2020.

If you also want to go on a trip on a catamaran, we will be glad to offer you renting the catamarans from our own fleet with and without a captain. We also invite you to become a part of collecting crews. 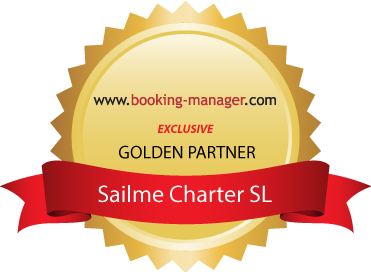